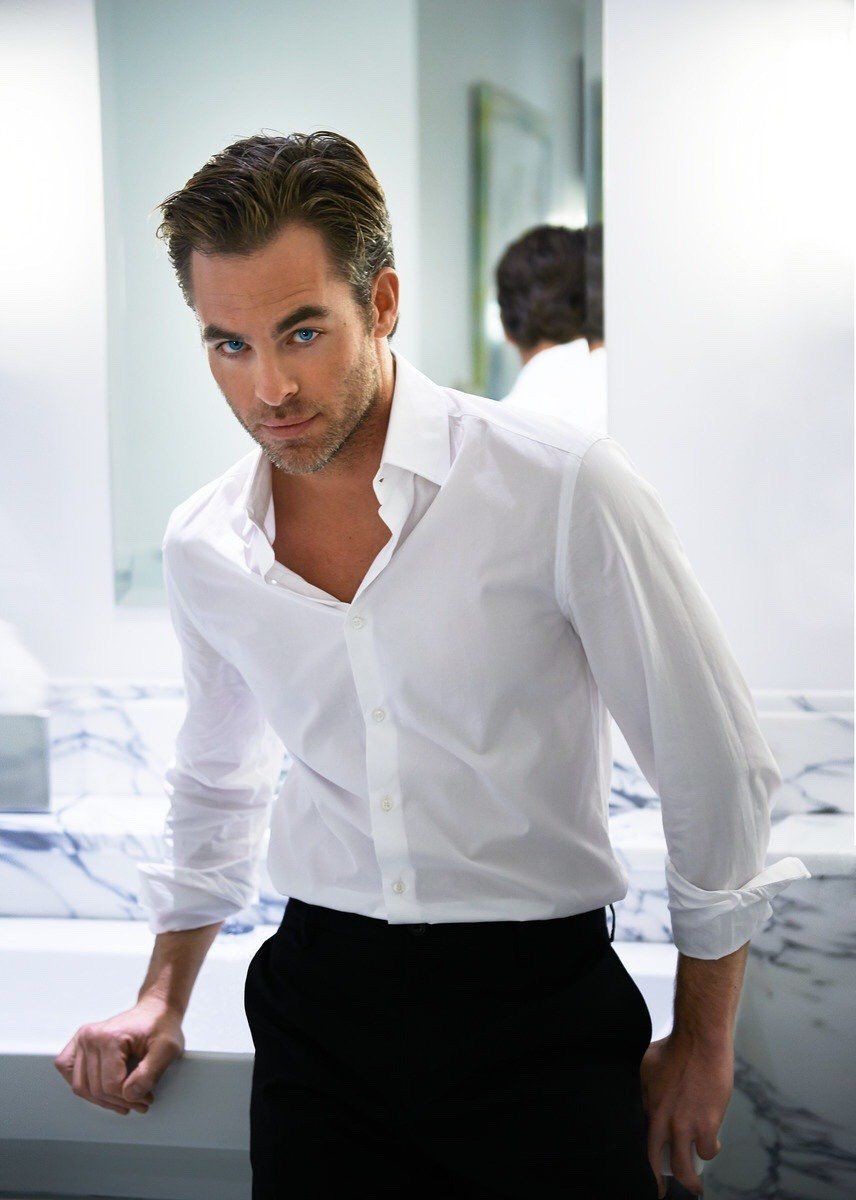 The event was long and drawn out with lots of hand shakes and fake smiles  I knew he was over it about 10 minutes into it.  I was absolutely shocked he asked me to attend with him and I made sure to put on my best attitude and dress.  He was in a tux and looked like a model walking the runway as he strolled up the stairs to my building.  I met him at the door.  His eyes travelled the length of my body stopping at my lips.  My deep blood red lips that matched my nails and my shoes.  He smiled and kissed me softly saying “Why didn’t you let me come in and properly pick you up?”  “Because, we’d never leave if you had come in” I answered in a coy voice.  He laughed and agreed as he took my hand and walked me to the car waiting at the curb.  “You smell delicious”.  Those words hung in the air as his breath sat heavy on the skin of my neck where he whispered them.  My breath held as he sat next to me in the car.  He was so beautiful like a walking sex God here on earth.  His touch was like lightning and his movements so fluidly sensual that you could be seduced just by his walk.  He kissed my wrist and the top of my hand while he held it and it was all I could do to stay seated and not hike up my very expensive dress and have him ruin my panties by ripping them off and straddle him right then.

We arrived at the hotel where the event was being held and he escorted me to in.  We made our rounds with him introducing me and listened to the speaker during dinner while his hand was tugging at the material of my dress under the table.  I smiled and tried to keep my composure while his hand crept under touching my thighs.  My breathing increased as he moved further up.  Our eyes met from the side as I bit my lip and sucked in a moan trying not to let out where his hand was under that table that I was about to rip the cloth off as I was gripping it so hard and his arm.  Everyone began to clap at the end of the man’s speech as I blinked hard and slipped out and “oh” as he removed his hand after one last swirl around.  I looked at him with the same hunger in my eyes that was in his.  I wanted more and he knew it.  I couldn’t get enough.  Each time we were together I would ache for days afterwards physically and mentally.  I wanted it all the time and I wasn’t ashamed at all about it.  I craved him.  I craved the release he provided me and raw connection we have.  I had no idea meeting a man the way I did with him would lead to such debaucherous pleasure. It was so animalistic and so powerful.  He saw me and wanted me and I let him have me and there it was and so it’s been ever since.  Pure ecstasy every single time.  Over and over again.  Brought to you by the body of a man built to please and woman ready whenever he wants.  And we were ready, so ready.

The event ended and as we walked to the car I told him I had an idea when we got home.  He smiled and asked me what it was and I told him he had to wait and see but I would give him a little preview in the back seat!  He politely opened the door and smacked my ass getting in.  He took no time at all gently pushing me down in the back seat.  He was over me in seconds shoving my dress up so he could position himself better.  He told me how beautiful I was as he kissed and nipped my neck.  Trailing his lips along my jaw and up to my ear.  My body moved with his and my hands were in his hair pulling him to me to kiss him. Our mouths were explicit and direct and needing.  Pushing and pulling and tugging and grabbing one another on the leather of that back seat.  I could feel him pressing against me.  I wanted to free him from the confides of that fabric.  I tried and he said “Not yet, I want the secret first”  I grinned and said ” I definitely think you won’t need your pants after the show”  “I can’t wait” he said as he dipped his head down to my chest and kissed me over my dress with his hands cupping me.

The car came to a stop and we were at his place.  In the parking garage by the elevator.  We got out of the car and as the cool evening air hit me I grabbed his hand and lead him to the elevator.  As we stepped inside, I kissed him, hard.  His body leaning up against the wall of the elevator.  He spun me around shoving me up against it.  We had no boundaries. No reason to stop or say no.  The doors opened and we went to his apartment.  The top floor was his.  All of it.  I told him to have a seat and wait.  I walked into the master bathroom and turned on the faucet to the beautiful tub and told him to come in.  He was in his bedroom standing in front of me taking off his jacket and tie.  I told him to stop and come to me.  He did.  Standing near me I stepped back a few steps and began to show him myself.  Slowly taking my dress off, letting it slip down over my skin to fall to the floor.  I stepped out of it in just my bra and panties and shoes.  He smiled and looked at me.  I mean really looked at me.  I went over to my bag I had tossed on the bed and grabbed my phone and picked some music and checked the water running and turned it off.  The bubbles billowing waiting for me hop in.  I slowly moved my body to the music.  His gaze darkened as I rolled my hips and ran my hands over myself.  Unclipping my bra and letting it fall off while he took in a breath.  Then slid my hands over my ample breasts and then down to my panties.  I slid them off and tossed them over near him.  He laughed.  I told him to come into the bathroom.  He followed me and I stepped out of shoes and into the tub. Bubbles covering me as I slid into the water.  I told him to just watch me bathe.  Just see me get wet.  See me get clean.  See me have fun with myself.  And he did.  He leaned up against the sink as I took a cup of water and dumped it over my head.  My perfect hair and makeup to become a mess in front of him.  My hands in my wet hair tipping my head back, feeling the music as I moved in the water.  Taking the wash cloth over my eyes and my lips smearing my mascara and my lipstick.  Licking the water on my lips as I did it.  He adjusted his stance and himself as he watched.  I sat up on my heels so he could see more of me.  Taking the loofa and the soap I lathered up.  I kept going making my body all soapy and then sliding my hands all over myself in the soapy mess that was all over my skin.   I slipped back down into the water rinsing my body off and then all the way under and back up turning back towards him and holding onto the sides pumping my body in and out of the water to the music and never losing eye contact with him.  Keeping the energy and electricity between us.  I was doing this for him.  I wanted to put on a show for him.  His dirty girl getting clean just for him.  He seemed to be enjoying it even when I flicked water at him getting him wet.  He laughed and put his hand up to his mouth and ran his thumb across his lip that got wet when I splashed him and sucked it in.  He was licking my bath water off of him and that sent a heat directly between my thighs.  I wanted to keep going.  Keep turning him on until he couldn’t take it anymore.  So I did.  My hands everywhere on myself.  Taking inventory of each part of myself, especially the ones he likes.  Spending time at each one just for him to spectate. Licking my fingers and showing off myself to him. His own private party with me as it’s star.  All wet and all ready for him to take me.  And take me he did.  He left his spot and came to me and pulled me up out of the tub soaking wet.  My hair slicked back and my makeup all smeary.  I went to wipe it off and he said “No, I like it, you look so undone”  He picked me up out of the water and turned me to the counter.  He sat me up there and took the towel and wrapped it around me while he kissed me and then took me into the bedroom and laid me down on his bed.  He took off his wet white shirt and tossed it over to the side he said “Thank you for the show darling but now it’s my turn”  I squirmed and smiled and soon enough I was left a wanton wasted body, consciously crippled and sinfully satisfied.  Limp from lust and debilitated by the deed of pure hard bone weary fornicated fantasy come to life.  Just a copulated mess left on the sheets and a tub still full of water and my brain drenched with yet another mind numbing memory of him and of me to add to the ravenous roster of our gluttonous body worshiping benders, of which, I never minded the hangovers.