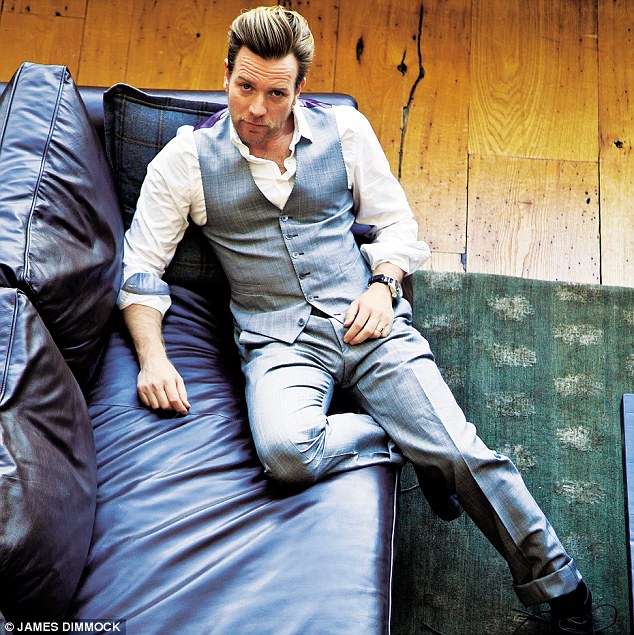 Reality gets so real sometimes and I need an escape.  Something to take me away from it all.  Something or someone to a make me feel something other than what the present is making me feel.  I need a beautiful distraction from the everyday, from the pain of the past and worry of the future and I know just who can do that.
I met him years ago.  There was an instant attraction.  It took time for it to grow but it was always there just under the surface.  Time passed and things happened and our lives went in separate directions but contact was kept up and our interests stayed the same so to speak.  He was like a drug to me.  A fix I needed every so often just to get me by.  His words, his looks, his touch, his cosmic ability to make me want him from miles away was undeniable.  If he came into town we always made it a point to see one another.  The moment we saw each another my body would awaken in a way that only he can do.  His smile sent shock waves through my muscles and his touch could nearly char my skin as the heat between us was so intensely charged.
He planned to come into town one weekend and I told him to just come over when he could and I would leave a key hidden as I knew I’d have to work late that night.  He agreed and I became filled with anticipation.  I needed him and now was the time.  It was not just now or never it was necessary.  The electrical dynamic was perfectly set for this time.  Our bodies both needed to be liberated.  A liberty of lust.  An erotic emancipation. A freedom of relief.
I woke early that morning for work and got myself and my place around as I knew his arrival would be this evening.  I staged my loft with little extra’s for him and readied myself with lace, lavender and lotion because he always loves how I smell.  I didn’t hurry in the shower that morning either as I needed as much prep time as possible and the alone time was pertinent as well.  Pent up was an understatement.
Work seemed to drag on and on and I was constantly watching the clock.  The clouds rolled in and the rain came with it.  I couldn’t help but sit at my desk watching the rain drops roll down the window like they were in a race.  The thunder and the lighting excited me.  There’s just something about mother nature getting all wet that totally turns me on.  And he knows this about me.  I got a text on my phone about 10 minutes after it started raining that said “pay attention to your work and stop day dreaming about the rain you dirty girl”.  I laughed and said “you know you like it wet too”.  Quickly he responded with “yes, yes I do.  See you soon”.  And that was it until I saw him that evening.
The rain continued and my walk from the curb where I parked my car to my place left me nearly drenched.  I ran in and couldn’t wait for his hug.  He was right there to greet me.  His smile so big and bright and inviting.  I wrapped my arms around him and held him while I apologized about being all wet.  He pulled back and said “you know I don’t care, I kinda like you that way”.  I giggled and told him to sit and I would just run and change real quick and then we could catch up.  I have a loft so I was talking to him loudly from my room that is just up the stairs that has a half wall that you can see over down into the living room.  I threw off my wet clothes and grabbed a t-shirt and a pair of jeans and checked my hair which was now a mess and my makeup still holding strong.  I slathered my hands with lotion after washing them and rubbed my neck with it as to give him a little scent burst if we got close again.  I wanted to.  I wanted him.  And I was feeling like he wanted me.  It was time.  It had to happen.

I looked over the wall down to him and saw him sitting there and his look hit me like in the chest like a wrecking ball.  There was no doubt in my mind what was about to happen.  He was waiting for me to come down there and execute this passion plan.  His eyes were heavy with want.  His body positioned for easy access.  I swallowed hard and took the first step down the stairs.  Our eyes never leaving one another’s.  My breathing became rapid and my heart was in my throat.  My mouth was running dry as my hands began to sweat.  My body was burning for him.  I licked my lips as I descended and by the time I reached the floor I felt feverish.  I felt light headed and like I could combust at any moment.  I tried to focus on the sound of the pouring rain on my windows but all I could hear was the light music I had left on for him. He watched me walking to him.  He was dressed in a suit but the tie was off and the jacket, both on the chair next to the couch.  He looked so good.  He looked eatable as he sat there waiting for me to get to him.  A delectable and delicious man seated on my couch ready for my use.  This man willing for me to capitalize on my craving with him.  Allowing me to play out and regulate my release.  To exploit his physical services at my disposal and seize him for myself.  For my personal profit and prosperity and my carnal bodily benediction.
I stood before him my body poised and primed. He was too, I could see that.  His hands resting one on his lap and the other next to him moved over further as to invite me to sit.  No, I was not going to sit next him I was going to straddle him and bring his senses to full awareness and attention.  So I did.  I took it slow at first with my movements, allowing the our bodies to ripen with each sensation.  His hands sliding up and over my backside bringing me closer to him.  My arms around him and my hands finding his hair pulling and tugging as our lips begged for one another.  The kissing was greedy and gluttonous.  Our bodies craving one another.  Finally we could be physically selfish with one another.  Worshiping and devouring one another.  Skin to skin and his body to my body as I had frantically removed his vest and shirt.  I was careless with the buttons and pulled apart the cotton as to finally feel him with my hands.  My lips relishing in the softness of his neck and chest.  Licking his long stubbled jaw line and whispering in his ear “finally, finally…..” and as I sucked his ear lobe into my mouth he moved us both in unison and I am on my back and he is looking down at me from above.  His hair unperfect now and falling in his face.  There was only a momentary pause for us to take notice of one another before the manic passion continued.  To notice the hunger, the starvation, the voracity of need.  The want from a famished, bottomless pit of lust and desire that had accumulated over time and space and now, now they could feast.  Gorge and fill themselves with one another.  The physical forage continued with one goal which was to bolster release.  To provide satisfaction through sustainable tangible heat.  A carnal corporal crusade of the flesh.  Devouring moans and shrieks with shaking and squealing and ending with ravenous roars and bellows of pleasure.  Just leaving two fully worshiped souls, scorched, sated, soaked and satisfied.  Fully lavished and weighted by just one thing, their need.