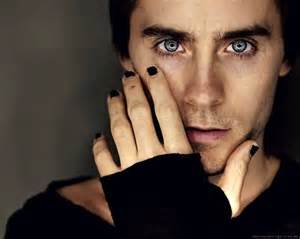 The sun is blazing through the crack in the drapes trickling onto the comforter still wrapped around me on my bed.  I blink over and over trying to adjust to the light.  I move a little and stretch.  My body seems sore and achy.  I roll over onto my side and look at the red numbers on my bedside clock.  I feel like I have been asleep for only  minutes but my God it’s after eleven.  I close my eyes again and the memories come rushing back crashing into me like waves.  I try to catch my breath as I keep getting pulled under.

Who was he? My dark mystery man that took me up those stairs to that stark white hallway in some foreign house and I let him.  I let him lead my by his chipped black finger nail polished hand.  His touch so gentle yet fierce just like those eyes that pierced through the dark of night right into my thoughts.  I have never done anything like that.  Nor wanted to.  The way he moved towards me so stealth and steady.  His stride was powerful and real.  His steps sending vibrations up through my feet directly to the drop in my stomach.  My mouth dried as I tried not to let him see me shiver with wonderment.   The way his mouth moved when he spoke to me made me suck in my bottom lip and bite it trying to not feel the extreme rush of hormones surging up from my groin directly to my brain.  I was all wet with teenage vibes so sticky that I was caught in some weird web of lust and cologne blown in from the autumn breeze and I didn’t care if I was about to be this man spiders next meal.  I wanted to be eaten.  To be taken in by him.  Bite by delectable bite.

My back was sore from being pressed up against that wall so hard for so long and my ability to stand was questionable at this point.  God, I don’t think my worst hangover felt this wild.  I was intoxicated in a different way.  I moved in my bed smiling as my stomach fell with the remembrance of his lips on mine.  His teeth scraping at my bottom lip and his tongue tracing both of them.  He said at one point I tasted like honey or chocolate or something sweet after he had kissed and licked my neck.  I smiled and said it was my moisturizer that tasted sweet and he leaned in and asked directly into my ear “so are you eatable Zoey?” I actually moaned at the thought of that question.  Was I?  Would I let it go that far with this man who’s last name I still don’t know.  Dear God yes I would.  He was flawless and energized with something.  Something I wanted.  Something I craved and didn’t even know I craved until he looked at me the way he did on that patio.  I trusted him. Why, I don’t know but I did.  He felt safe and harmless but excitingly dangerous all at the same time.  I was hooked.  And I had no idea if our pornographic make out session was our one and only.  It was so amazing.  I have never felt like that before.  To be worshiped like that by a man was absolutely unbelievable.  And just kissing.  Just kissing.  Only in my erotic novel filled fantasies has it been that good.  His hands on my cheeks cupping them while he kissed me leaving me in a trance as he moved from my lips to my forehead to my left cheek and along my jaw line up to my ear where he said things to me as he nipped at my ear lobe.  Then repeated on the other side.  I wanted to wrap my legs around him and have him pick me up and carry me to that made up room in my head.  Hell, I just wanted to be horizontal with him.  I wanted to feel the weight of him on top of me.  His body on mine.  While the kissing continued those black nail polished fingers dipped under my t-shirt and he pulled back with his eyes questioning me if it was ok for them to be there.  I reassured him by moving into his touch and smiling as he inched his way under.  My skin was on fire so his pale  hands cooled by the fall air just moments before on the patio felt absolutely marvelous.  I am surprised there wasn’t an audible sizzle to go along with his touch against me.  I certainly felt it though.  He didn’t roam very much under there.  His hands staid firm on my lower back and gently slid up to hold me closer to him.  It was like he just wanted to feel me.  To genuinely touch my bare skin.  His reaction to me was sensationally sexy.  His body seemed to connect with mine from some invisible wire or something.  It was other worldly, cosmic almost I would dare to say like we were in some recreated moment from a past life together.  It felt so exquisite.  His hands were magical.

I lost all track of time.  It seemed like hours had gone by in that hallway.  Soon there were voices and he looked down the hall and then back down at me.  Little ol’ me surrendered in his arms against that wall.  My hair a mess and his too as my hands had been all in it and his in mine.  My shirt half up my back and his jacket dropped on the floor from the luscious heat that had been created in those minutes past.  He smiled at me and pulled me away from the wall and took my hand again as he grabbed his jacket and we headed down the hall.  “Where are we going now?” I asked.  “Somewhere else” he said.  We ended up at the end of the hall in front of a large picture window with a sitting area in front of it.  Two chairs and a bench with a small coffee table and end tables with blue and white country lamps on each end and some old books scattered on each table.  He sat down and patted the cushion next to him.  With swollen lips and my hands adjusting my shirt and tucking my loose hairs away I sat down.  He threw his jacket on the chair and leaned back on the bench.  We hear a door shut and the laughter and chatter from the people quieted.  I looked up at him through nose and face smudged glasses and took them off.  He leaned over to me and ran his thumb over the imprints left from my dark frames.  “Your eyes are stunning” he said as he kissed my forehead again.  “Thank you Alex, so are yours” I replied.  We stared at each other and I wanted nothing more than to straddle his lap and start the kissing all over again.  I was nervous and shy and aching with want.  His eyes darkened and within seconds he was pulling me on to him and I was on his lap with my arms around him and my dirty Converse  on each side of him on the bench with my knees touching him.  I could feel him as he moved enticing me with his hips and his mouth on mine again.  What was I doing with him?  Who am I right now?  Why did he choose me?

My phone buzzes on my nightstand as I am still lost in my memories of last night.  I don’t want to answer it.  It’s my best friend Stephanie calling with a million questions I am sure.  She saw me head out the door with him as he walked me to my car and I gave her the “I’ll call you later” look and never did.  We parted ways after a very appetizing kiss against my car.  Our phone numbers were exchanged and his hand held onto mine until he turned to walk away.  Those hungry burnt blue eyes everlastingly looking at me in my minds eye.  I pulled away and drove home with blistered lips, messy hair, and my body literally set a blaze by this man.  This dark angel of sex and lust.  So, now what.  It’s the next day and I am craving him.  I want more of him.  I want all of him.  Do I text him?  Do I call him?  And if I do, what do I say?  “Hi Alex, I would like to have you to fuck me into next week tonight please”.  He doesn’t seem like a subtle guy so I may just have to lay it on the line but wait…..what if that’s not on his agenda?  I mean, how could it not be after last night.  I know he was enjoying it all, I could tell he was really enjoying it.  And by that last look on his face, he wasn’t done with me and I didn’t want him to be.  Not yet.  Maybe not ever.  I may be fully obsessed with him.  Habitually in lust and under the influence of him.